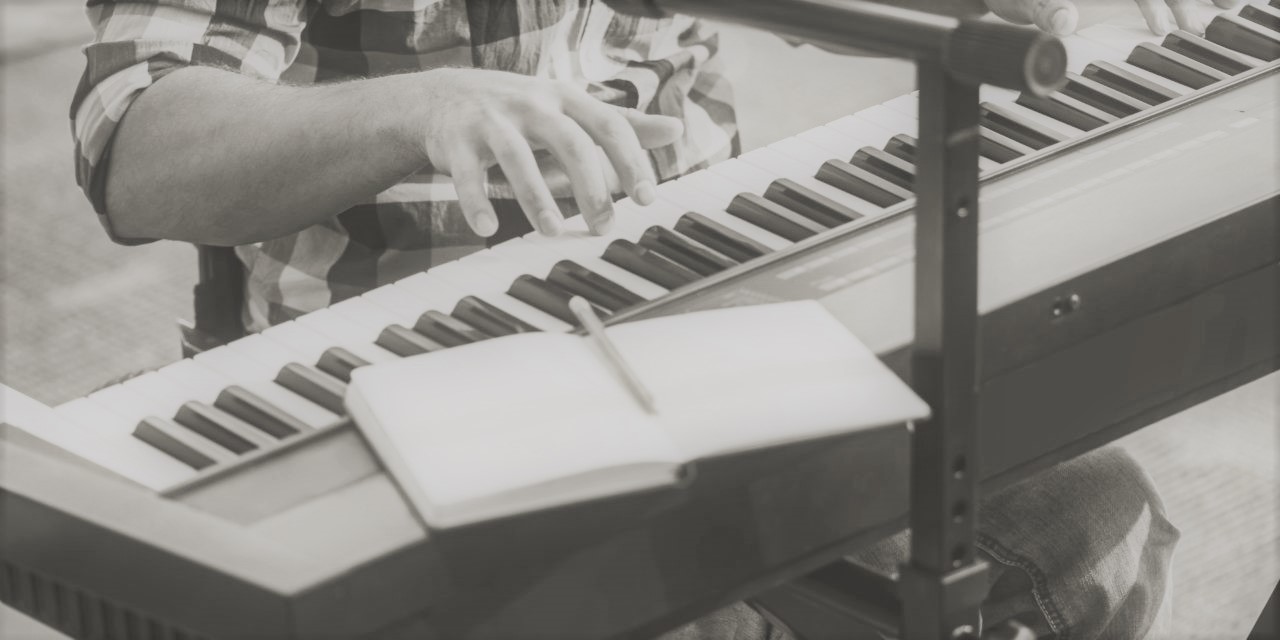 Different music invokes different emotions. We all know that.

Crooning love ballads make us feel romantic (or sick). Trashing metal songs inspire intense head banging and fist pumping. Blues leave us reminiscing about times past and old relationships. And an orchestral work by Mozart can sometimes seem to move our very being.

We know there’s something to the style, the tempo, the melody, and the lyrics of our favorite songs that affects how we feel.

But what if I told you there’s another factor at play, one you don’t even notice?

There is, and it’s called frequency.

Whether you realize it or not, the frequency music is tuned to has a profound effect on you. And unfortunately, the “standard” frequency used in most modern music may not be a positive one, or least not as positive as it could be.

From concert halls to your favorite streaming service, most music you hear today is tuned to 440 Hz. Yet this tuning is barely a hundred years old.

For thousands of years, from Egypt to Greek, a different frequency was used.

As shown by musician Brian T. Collins, the Schiller Institute, and even physicists and scientists, the 440 Hz frequency not only lacks mathematical or scientific significance, it’s actually out of tune with the natural world and greater universe.

For this reason, many believe that this 440 Hz pitch doesn’t just make music less pleasant and enjoyable, but it actually has a negative effect on our mind, our consciousness, our natural energies and vibrations, and our spirituality.

It is argued that the 440 Hz tuning keeps us closed off from a higher sense of meaning and disconnected from our surroundings.

If that’s the case, then why is 440 Hz the modern standard?

Well, it all started in the late 19th century with a man named J.C. Deagan. Using his wealthy connections, he not only began manufacturing musical instruments in 440 Hz, he began lobbying in Europe and the United States to adopt the frequency as the standard concert pitch.

Deagan’s first success came in 1917, when the American Federation of Music adopted 440 Hz. By 1922, it was the standard pitch through the United States.

In the 1940s, it began spreading throughout the rest of the world, and in 1953 the International Organization of Standardization established it as the international, or ISO 16, standard.

It remains the music standard around the world to this day.

Why would a manufacturer of musical instruments want to establish a new standard pitch?

Because in most cases, you can’t simply change the tuning on an instrument to 440 Hz when it was designed to be played at another frequency. It’s possible, but it won’t sound right – and can even be damaging to the instrument.

In short, the change in pitch would have forced thousands, if not millions, of new instruments to be purchased. And you can bet this was very lucrative for Deagan.

While some claim 440 Hz was introduced for more conspiratorial reasons, like as a form of government propaganda and mind control (and this is certainly possible), it’s just as likely that it was simply a way for a businessman, namely J.C. Deagan, to make more money.

But what tuning was used before 440 Hz became the standard?

In fact, researcher and musician Ananda Bosman has shown that instruments uncovered from ancient Egypt used this tuning.

Then there are the Stradivarius violins, which were built throughout the late 17th and early 18th centuries and today are worth millions, owing to their superior construction and sound.

These wonderful instruments were tuned to 432 Hz, and scientists have now found out why. Using software normally reserved for speech analysis, researchers found that violins from the two Cremonese luthiers mimic aspects of the human voice, a feature they argue adds to the instruments’ exceptional musical quality.

This gives credence to the fact that 432 Hz resonates with humans and the world around us; something we will explore in greater detail in the next section.

In fact, Verdi once wrote to the Congress of Italian Musicians to suggest 432 Hz as the concert standard.

432 Hz wasn't just something reserved for Western composers either. Sound researcher Jamie Buturff, with the help of a Korg tuner, found that the singing bowls and other instruments of Tibetan monks are tuned to 432 Hz.

It is also said that the instruments of the ancient Greek god of music, Orpheus, were tuned to this harmonic frequency.

Why exactly did this frequency have such long reach, stretching through time and around the globe?

Perhaps it’s due to the mathematical consistency 432 Hz has with the vibrations of the natural universe.

After all, Verdi’s endorsement of 432 Hz was also backed by physicists and scientists Felix Savart, Joseph Sauveur, and Bartolomeo Grassi Landi.

It’s relation to the Schumann Resonance is just one example of the significance of 432 Hz, so let's have a look at that.

432 Hz: The Heartbeat of the Planet

Named after Winfried Otto Schumann, the German physicist who first discovered it, the Schumann Resonance refers to the electromagnetic frequencies between 7.86 and 8 Hz activated by lightning in the area between the ionosphere and the surface of the Earth.

These resonances are essentially our planet’s heartbeat.

In short, 432 Hz is in tune with the Earth itself.

We don’t find any such significance with 440 Hz.

432 continues to show up wherever we look, including at ancient sites, like the Great Pyramid of Giza, Stonehenge, and Sri Yantra.

Brian has also documented 432 Hz’s relation to the golden mean, Phi, as it vibrates in tune with nature, our biology and DNA, and even our consciousness.

432 Hz is considered to have the potential to synchronize both hemispheres of our brain – the logical and analytical left brain and the creative and intuitive right brain – creating what scientists call “whole brain synchronization”, maximizing our potential as thinkers, artists, and spiritual beings.

Other music scholars have revealed further compelling evidence that 440 Hz is not ideal:

In her book, Intervals Scales Tones and the Concert Pitch C=128hz, Maria Reynolds showed that pitches higher than the scientific C prime of 128 Hz, which coincides with an A of 432 Hz, creates a disconnect between our bodies and consciousness, as well as social friction with the people around us.

That means 440 Hz is potentially contributing to the internal and external strife of the modern world. Unbeknown to us, it is smothering our intuition, hindering our creativity, cutting us off from our spirituality, and making us more antisocial.

Between 432 Hz’s mathematic and scientific significance and its positive effects on our minds, bodies, and consciousness, it may seem obvious that we should go back to this ancient tuning and ditch the modern 440 Hz.

And many are advocating for this change. Indeed, to paraphrase Richard Huisken, Founder of the ‘Back to 432 Hz' Committee:

But changing the standard tuning isn’t that easy.

In principle, most instruments could be retuned. But some couldn't be, and this would mean buying a whole lot of new instruments. Not to mention all of the red tape and bureaucratic nonsense there is to cut through with music academies and composers.

Fortunately, that doesn’t mean you can’t introduce more 432 Hz music to your own life.

And why wouldn’t you?

It has the power to bring you more in harmony with nature. And after all, as humans, we are a part of nature.

Over time, listening to our beautiful music created at 432 Hz tuning increases your sense of well-being and connectedness to wider world. You might find it engaging your intuition, increasing your creativity, sharpening your intellect, and even expanding your consciousness.

Many describe 432 Hz music as more of an interior experience that fills your body, as opposed to the external sensation felt with 440 Hz. It is an all-consuming, innate connection, a more enjoyable, pleasant listening experience. 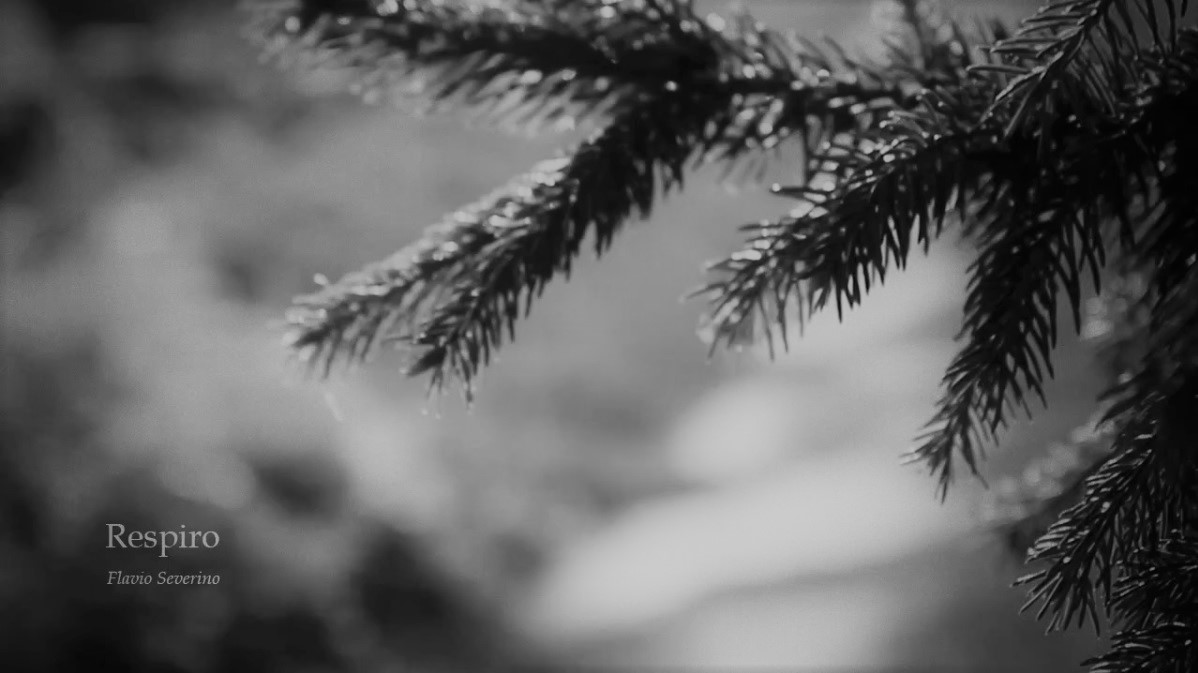 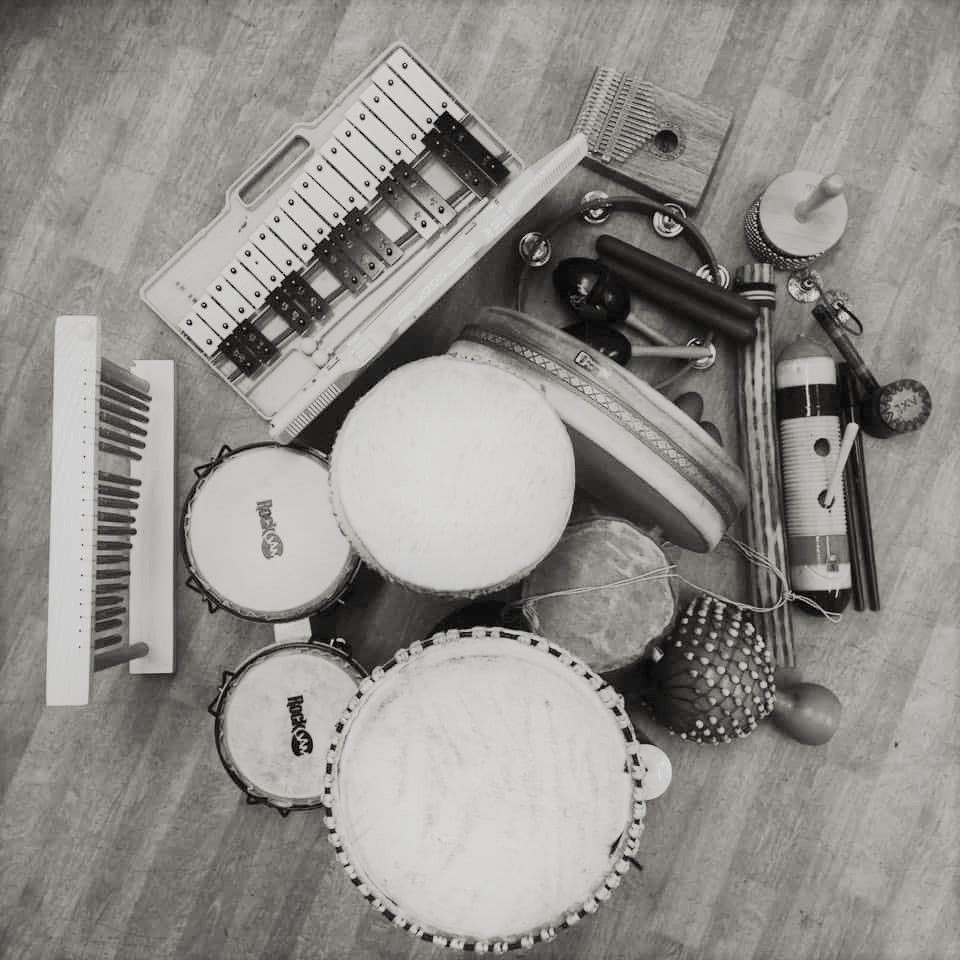 is the use of music as the medium for therapy. Music is uniquely engaging, accessing more areas of the brain through active music making that any other activity. For instance music can access control processes in the brain related to control of movement, attention, speech production, learning, and memory. In other words music stimulates us to move, to feel, to sing and to learn through making music. A music therapist skilfully uses these properties of music to assist participants to achieve individual therapeutic goals. APIM trained, registered music therapists are bound by standards of practice and ethics, as set by the Italian Professional Association Music therapists. Therapy involves assessment, program planning based on goals, program implementation and evaluation. Music therapists can work across the age span in schools hospitals, homes, prisons, aged care and in the community. Music therapy harnesses the power and potential of music to motivate and encourage subjects to reach their goals. 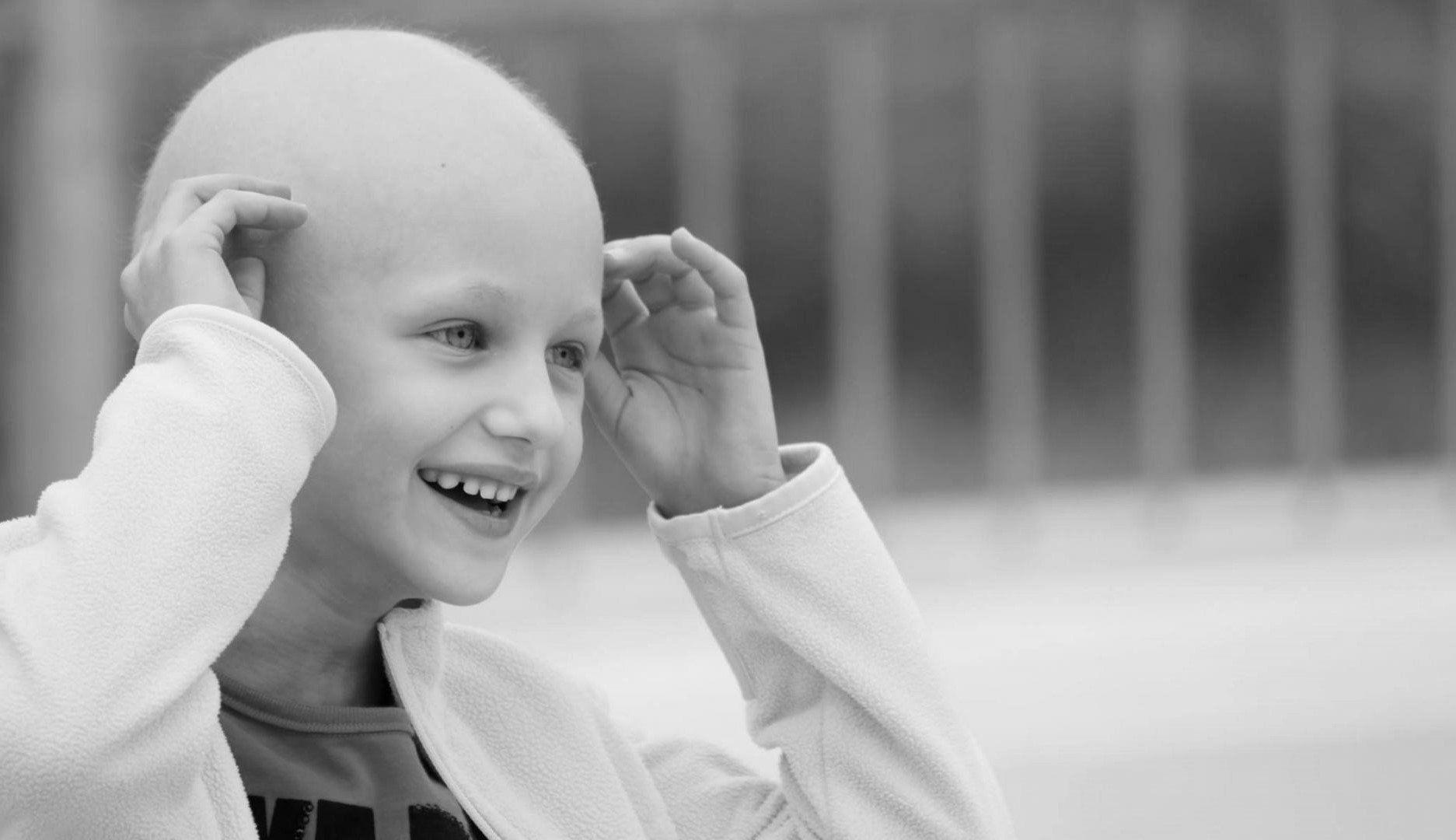 Listen to expressive music in oncology 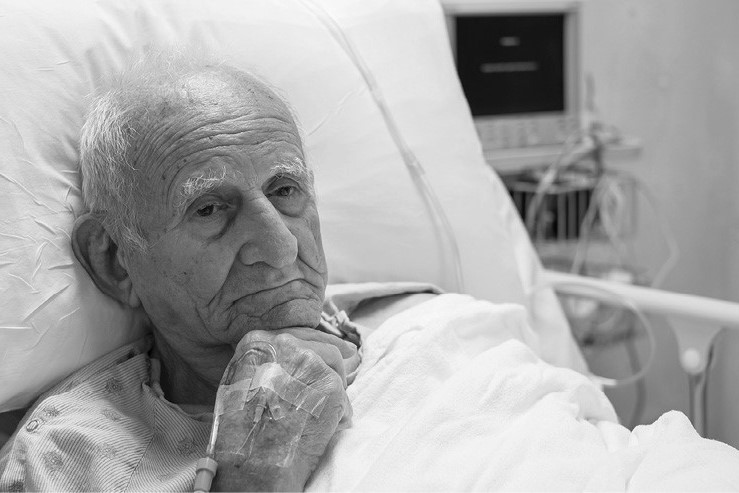 Listen to expressive music in geriatrics 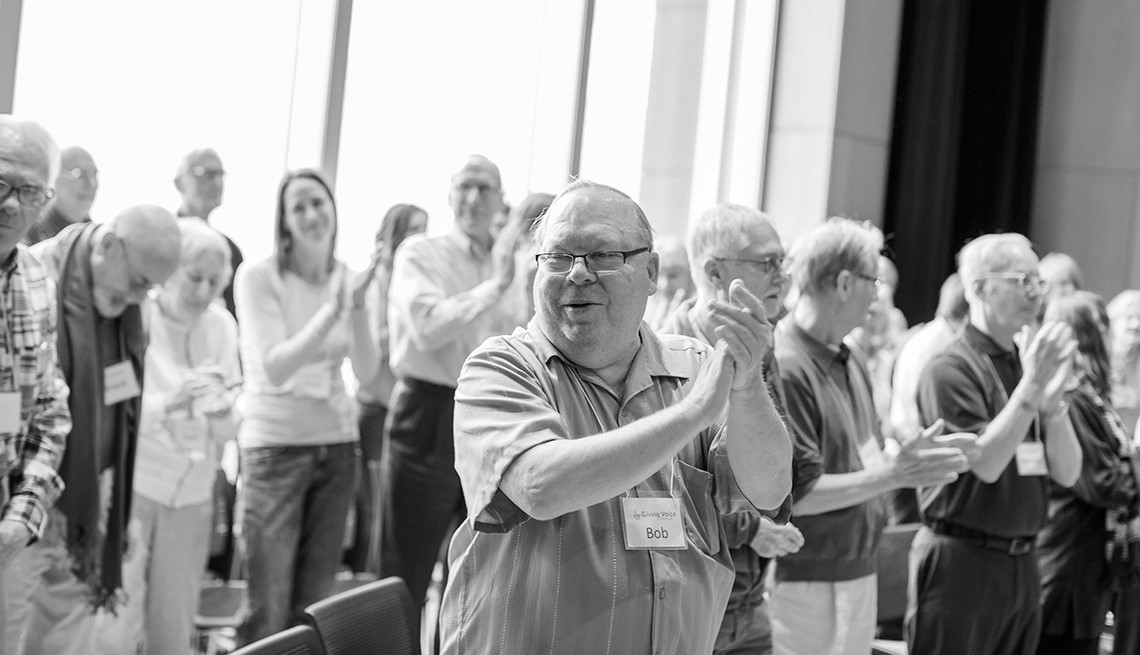 educational courses of first approach and understanding of music, from children to adults 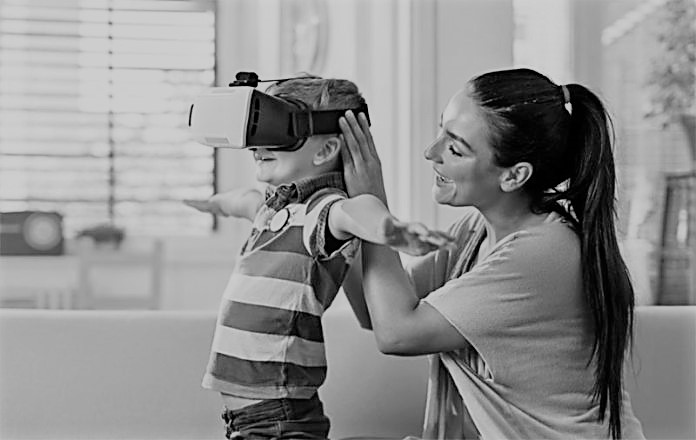 the use of VR as cognitive stimulation through musical experience

Creation of a customized Max/MSP instrument for music therapy

Exactly as happens for the construction of analog instruments, also for the electronic instruments we can go into construction and customization experiments for every type of need requested by the patient (or pathology present) to maximize the patient's accessibility, not only on a sound level, with the choice of a specific sound or the timbre of an instrument in particular, but also from a practical point of view for greater patient usability. In creating music software and hardware, I often found myself using Cycling '74 Max, software that allows me to fully exploit the potential of interactive audio / video synthesis with a highly modular and practical development environment to program any type of software . Recently I have developed a synthesis program that exploits the calculation of differences between one frame and another within certain areas in the visual field of a standard computer webcam, in order to give the opportunity to interact with the machine making it an expressive medium or communication simply by moving the head or hands, taking advantage of parameters such as the speed of movement, or the density of pixels that change within the sensitive area. A more detailed version of the control matrix allows me to modulate the audio synthesis through just the movement of the eyes or to use facial expressions, with subjects whose motor action is limited or impossible. Therefore, without the need for huge economic investments for sophisticated motor tracking machines, but through the use of a simple webcam, the therapist will be able to provide a communication tool to the patient who in this case could be suffering from amyotrophic lateral sclerosis (ALS), neurodegenerative pathology that affects motor neurons (brain cells responsible for controlling muscles) progressively compromising the movements of the voluntary muscles. Other pathologies, in which this type of instruments can be used, can be paresis, muscle atrophy and paralysis of various types and other neurodegenerative diseases such as, for example, the Parkinson's disease. 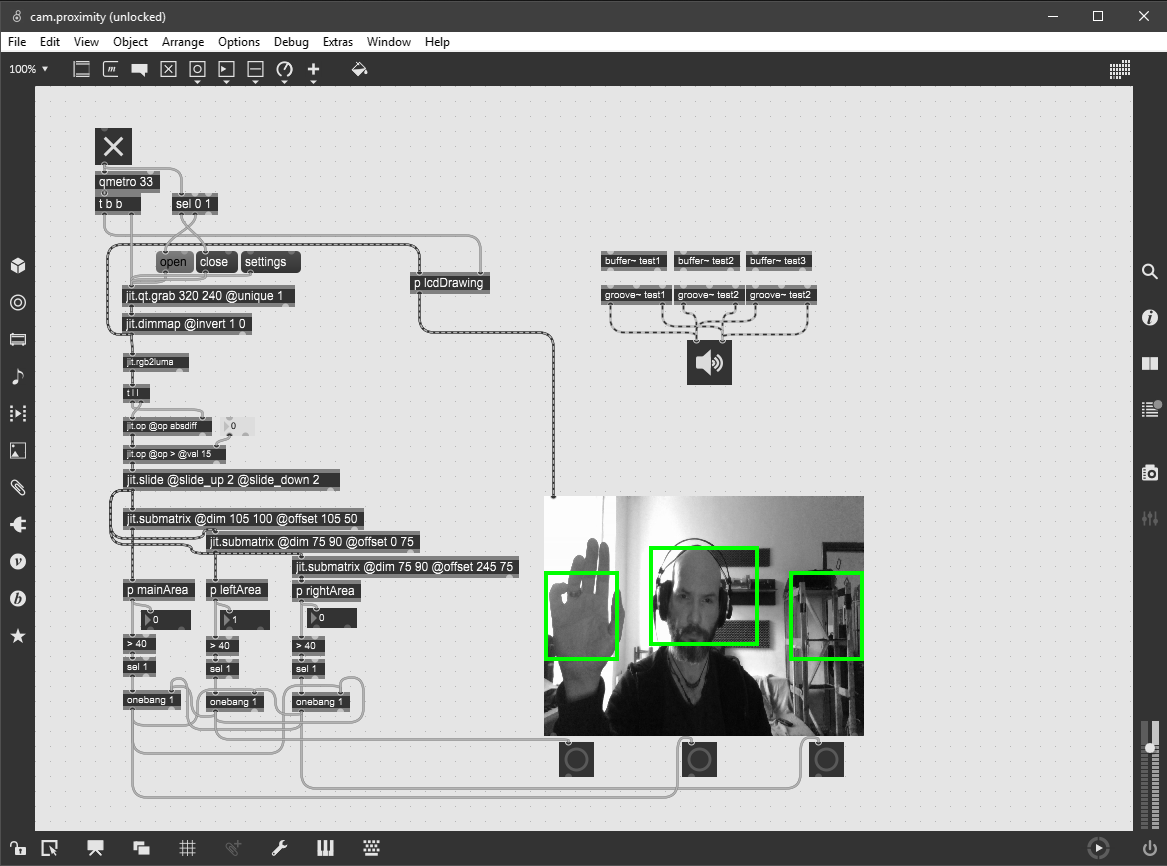 The motion sensor interface for a webcam. The sensitive areas in green 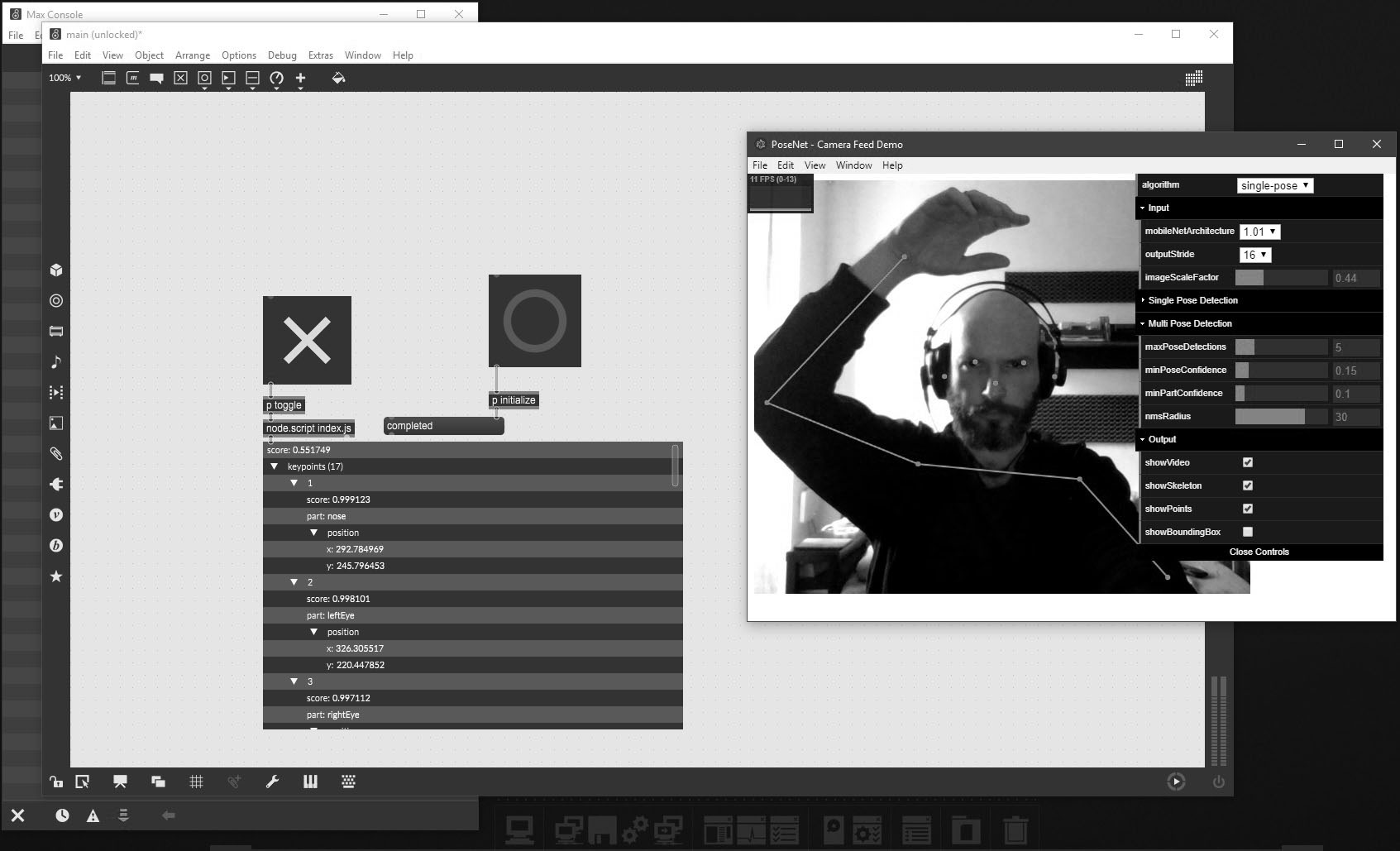 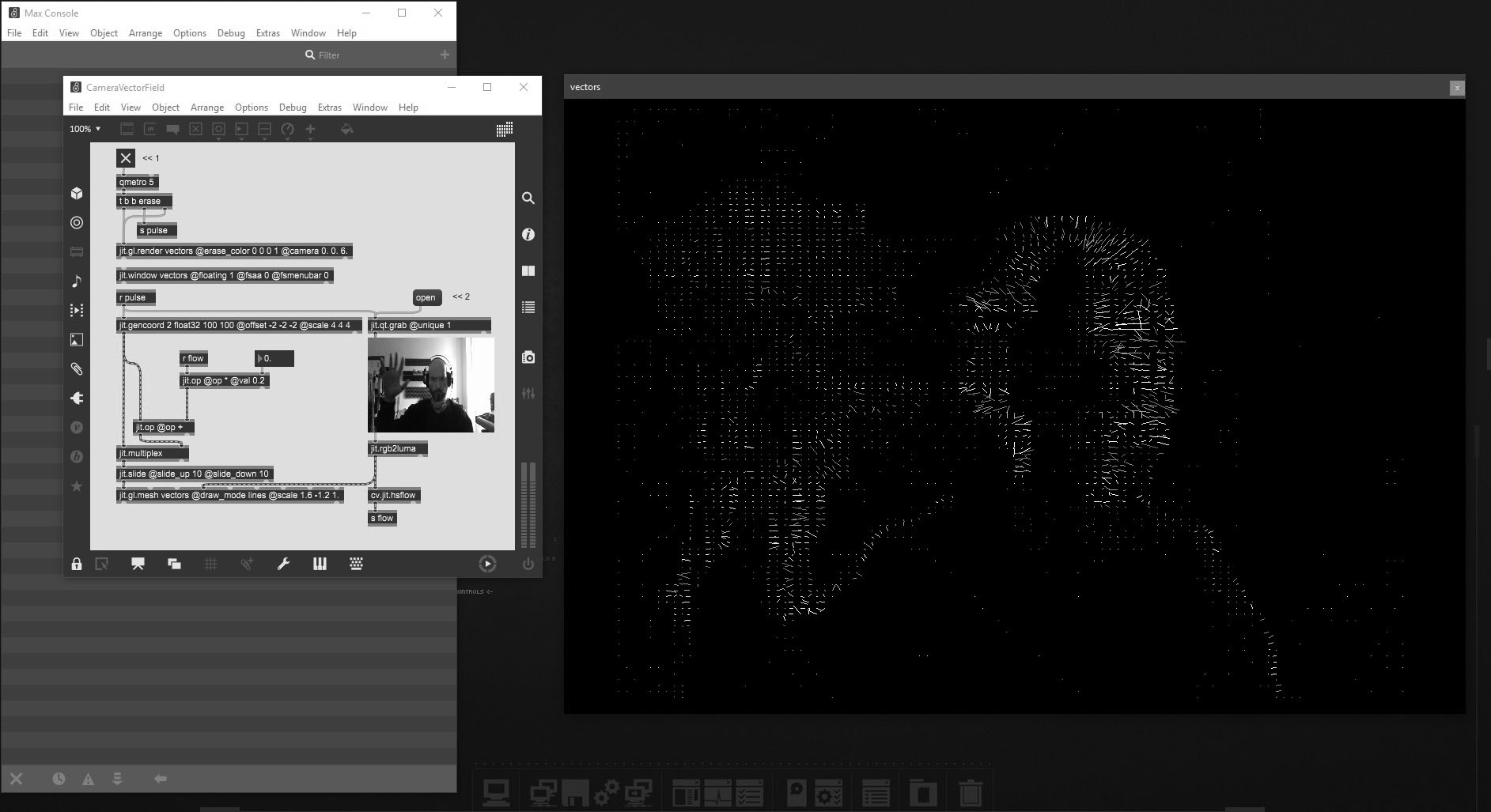 High density matrix, to capture even the smallest movement and its relative direction and intensity.

Send me a MAIL or compile the form below